An estimated 120 journalists have been murdered in Mexico since 2000. Emilio Gutierrez doesn’t want to be 121, which is all too likely if he is denied asylum in the United States. His fate is still uncertain. For nine years U.S Immigration had been debating whether he is a suitable candidate for asylum even if his life is in danger. 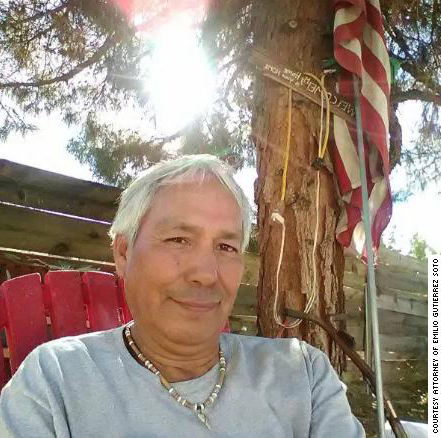 Like other investigative journalists in Mexico, Gutierrez was looking into the drug traffic, in particular the involvement of the military. When his name appeared on a hit list among other threats, he felt he had to leave and fled with his teenage son to the U.S. in 2008. Then began the wait to see if they could stay. In the meantime, Gutierrez operated a food truck in El Paso, while his son worked in a restaurant.

Finally, last July, Immigration in its majesty responded. Immigration Judge Robert Hough declared the Mexican government is capable of protecting Gutierrez on his return, and he may not be all that much of a journalist, anyway. Gutierrez replies: “The biggest criminal organization is the Mexican Government. I’m afraid to take one step into Mexico.”

American journalists were appalled. In October, Gutierrez received a national press freedom award on behalf of Mexican journalists, and National Press Club President Jeff Ballou said the Immigration decision is a virtual death sentence. Under pressure, Immigration granted a stay of deportation, and Gutierrez and his son await the final decision in detention.

This episode fits a general pattern of underrating the violence in Mexico. It appears to be the consensus that conditions are not all that bad so they can be ignored, and indeed many Americans are profiting from the drugs the cartels supply. Another Mexican journalist seeking asylum, Martin Mendez Pineda, gave up and returned to Mexico last May after spending four months in a squalid, snake-filled detention camp in Texas. Like Gutierrez, he had been investigating corrupt police, who threatened his life. Insufficient grounds, apparently, for asylum in the U.S.

Read more about Gutierrez on CNN