About 2 million illegal immigrants were deported to Mexico under President Obama, and his successor is continuing the removal. Attention has focused on Emilio Gutierrez, a journalist who fled for his life from the violence in Mexico. He and his son are awaiting a decision from U.S. Immigration on whether they will have to go back. 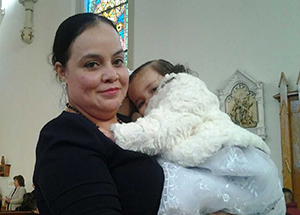 More recently, a federal court turned down an appeal by Maribel Trujillo Diaz to remain in the U.S. She had entered the country illegally in 2002 and was later arrested with 200 other undocumented workers at Koch Foods, a chicken-processing plant in Fairfield, Ohio. It was violence that forced her to leave Mexico. The cartels had threatened her family, causing her brother to flee the country. But her appeals for asylum were denied. She leaves behind four American-born children.

Immigrants who have fled the violence are returned to it. Many may adjust to the change. Others are not so fortunate. They are often sent to the dangerous border city, Nuevo Laredo, where the drug cartels await them. They may be recruited to carry drugs back across the border or work in the marijuana fields. Some are kidnapped, with their families in the U.S. forced to pay for their release. If they resist in any way, they can be beaten or killed. So welcome home.

The point is these deportees are inadvertently contributing to the already horrendous crime in Mexico, courtesy of the vast drug consumption in the U.S. But even when they are spared that ignominy, life on return can be hard. Jorge Garcia was deported from Michigan to Nicolas Romeo, a town near Mexico City in November last year. He left behind a wife, two children and a landscaping job. An aunt brought him illegally to the U.S when he was ten. Now 39, he is at a loss in his new home, writes the Detroit Free Press, and is regarded warily by neighbors. He feels he became an American. What is he doing in Mexico?

Under President Trump’s tightening restrictions, fewer Mexicans are crossing the border, while more are voluntarily returning. That means fewer will have to be deported. The President has proposed giving a path to citizenship to over a million Mexicans who were brought to the U.S. as children, as long as they are good citizens without a criminal record. He combines this with a provision for more border security. The legislation that emerges after intense debate will no doubt bring some clarity and relief to current undocumented people in the U.S.

Meanwhile, this year is shaping up as the bloodiest yet in Mexico. Homicides jumped by more than a third in January as the cartels battled one another over drug routes, killing innocent people in the process. On a recent Sunday, their hitmen attacked spectators at a cockfight in Chihuahua City, killing six, wounding fourteen, among them two small children. Cartels for animal rights, even roosters?  What next?