Archduke Ferdinand Maximilian von Hapsburg was born a little too late. He was the second son, and only the first would inherit the throne of the Austro-Hungarian Empire. Where to look for another suitable throne? Queen Victoria, a key member of Europe’s close-knit royalty, suggested Greece. No thanks, said Maximilian. He would prefer something more distant and exotic like Mexico. 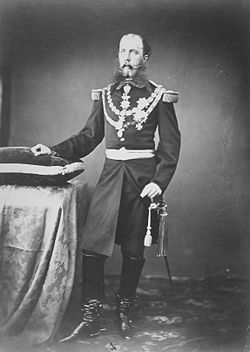 That’s it! replied Napoleon III of France. He was looking for a way to restore a French presence in the Americas after his famous uncle Napoleon had sold a large swathe of the continent – the Louisiana Purchase – to the fledgling United States. Maximilian would be his point man. Backed by French troops, he was named Emperor of Mexico and off he went.

He and his spirited wife, Charlotte Amelie, daughter of King Leopold of Belgium, were enchanted by the land they reached in 1864. It was paradise come true for two royal romantics. Maximilian hastened to become Mexican, wearing a large sombrero and casually riding horseback. A determined liberal, he emphasized the rights of Indians, a submerged population. He said he wanted Mexico – all Mexicans – to prosper, and Charlotte, known as Carlota, drew up elaborate plans for empire.

Still, as foreigners thrust on Mexico, they were not altogether welcome. The country was in considerable chaos after a bewildering series of regime change, but its forces, resorting to guerrilla warfare, managed to hold off the French. Meanwhile, the United States, no longer distracted by the Civil War, viewed the French intrusion with some alarm. Victorious Union General Ulysses S. Grant sent weapons to the Mexicans, and troops were threatened. That was enough for Napoleon III, who withdrew his own troops, leaving the emperor stranded.

The empress left Mexico for Europe with a new satirical song “Adios Mama Carlota,” ringing in her ears. She pleaded with Napoleon for help but in vain. In her desperation, she seemed to lose her mind and retreated into isolation for the rest of her life.

Maximilian, true to form, stoically faced the firing squad of the avenging Mexicans, a victim of the geopolitics of the age and his own romantic illusions.

A brief reign that ended tragically, but its memory lingered. It became the subject of song, poem, novel, film. Royalty unloved at the time had an enduring popularity. And what if the monarchy had lasted? Would it, say today, be more of a bulwark against the ruinous drug cartels than the current regime? Monarchy had its points.

I happen to live in Tucson on Avenida de Carlota, which runs into Camino de Maximilian, a daily reminder of that star-crossed couple.