Hurricane Dorian tore apart much of Grand Bahama, but amid the destruction a vital community spirit has arisen that seems to overcome ruined homes and businesses. Much of this is apparent in the World Central Kitchen that provides some 12 thousand meals a day to needy island residents – not routine fare but the inspirations of gourmet chef Jose Andres, who wants his non-paying customers to eat well even if they dine in the forlorn shells of their former homes. The mission of this one kitchen is to substitute for the many destroyed. 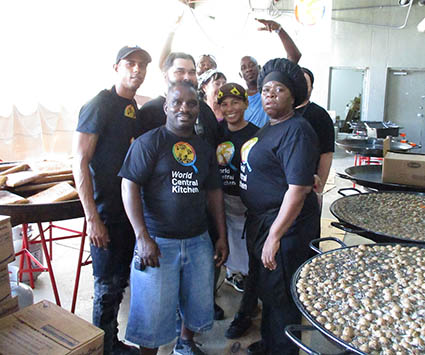 The capital Freeport was hit by Dorian with resulting piles of household items that were swept out by the surging waters and now line the streets. But the homes are still largely standing. Not so in High Rock on the eastern edge of the island. There hardly visible bits and pieces of structures testify to the 150 mile per hour wind and raging water. Some lives were lost, including children, and many people are still missing. One man escaped the flood beneath him by grabbing a tree limb and hanging on for dear life. Another, while sleeping, was alerted by a barking dog to a roof that was about to be blown away. Most of the town’s 400 citizens had evacuated, only to return to an empty space. Some had insurance, most did not.

And yet on a recent Sunday not a frown was to be seen in High Rock. My guide Harold Adderley, a man of the people, cheerfully greeted everyone he met who responded in kind. In the surviving walls of a police station and medical clinic people were functioning as if nothing was amiss. There was ample attendance in the remaining half of the local church. Residents say they are satisfied with the help they’ve received from the local government and the U.S. Their only complaint is with the weather, a hurricane more damaging than any they had known in their lifetimes.

At the center of the good cheer is the Kitchen. There volunteers merrily stir capacious pans of rice and meat to be quickly packaged and sent off to various parts of the island. They say nothing makes them happier than helping out in this time of crisis. And truth to tell, given the circumstances, they don’t look undernourished. Some 700 people are altogether involved in the food operation, along with five helicopters and many drivers. It’s an island enterprise and will perhaps linger in memory longer than the hurricane itself. 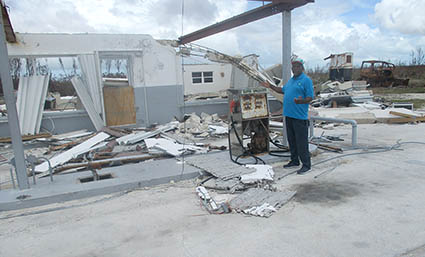