With a bang in the case of President Trump, who has plowed with his usual gusto into the nervous topic of anti-Semitism by attacking the two young Muslim U.S. Congresswomen and accusing Jews who vote Democratic as being anti-Semitic. This arouses the usual name calling, but Trump makes a political calculation. If he can knock off a chunk of the Jewish vote, which is heavily Democratic, he might prevail in some close states that assure his reelection. 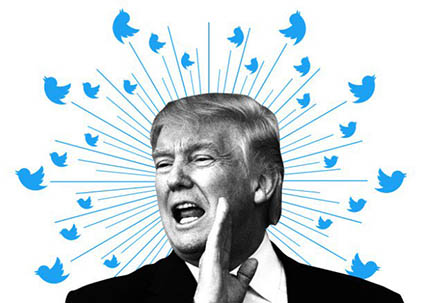 But what price crudity? At the same time, he further infuriates Jews who already despise him along with other similarly disenchanted Americans. These occur on the right as well as the left. Phil Giraldi writes in the Unz Review that “the steady stream of insulting and vulgar tweets that seem to serve as a substitute for more substantial thought” have the cumulative effect of questioning the mental stability of a leader whose hand is on the nuclear trigger.

If a major preoccupation at the moment is bullying, then the two Congresswomen Ilhan Omar and Tlaib surely qualify. It’s true their hostility to Israel and support of the Palestinians are not popular in Congress or indeed other parts of the U.S. Government, but it seems another point of view can be tolerated in a democracy, especially from duly elected officials.

As for the media, Fox News, which is commended for its exposure of the U.S. intelligence conspiracy against the President, didn’t hesitate to join the stampede against Omar and Tlaib, giving them less a chance to respond than the schemers trying to unseat the President. Not exactly manly, as they used to say.

Somewhat vague on this particular issue, the Democratic candidates offer a plethora of others in an effort to satisfy every possible interest in this era of identity politics. Many of these will have to be discarded in the general election where moderation tends to prevail. Overlooked is the issue around which the party could unite; namely, the astounding wealth and income gap in the U.S. The rich one per cent account for forty per cent of the nation’s wealth. Many escape the taxes imposed on the rest of the population and hardly serve as models for their fellow citizens.

Where are the great populists of yesteryear – a William Jennings Bryan or Teddy Roosevelt – to seize this opportunity? Not to be found at this moment. It doesn’t help that the leading Democratic candidates are all on the wrong side, as it were. They’re millionaires, part of the one per cent. But a great debate is needed. Does the undeniable economic progress of President Trump’s policies also increase the economic and political inequality that can be fatal to a democracy?