Americans are more unequal than ever. One percent of the population has close to half the nation’s wealth, while ninety-nine percent makes do with the rest. How did this come about? Who is responsible? Why, Karl Marx, claims economist James Petras in a recent article in the Unz Review. Karl Marx! Promoter of revolution, communism and class struggle as “the motor force of history” that will ultimately bring the less fortunate to power! You’ve got to be kidding. 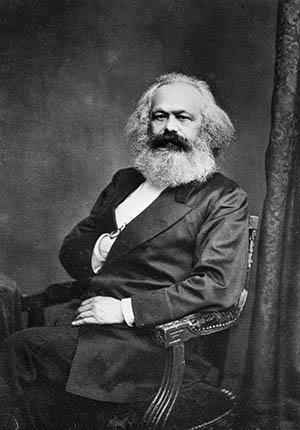 No, Marx is right about the class struggle, says Petras. Only it is being won by the wrong side, a ruling class composed in large part of people in finance of questionable value to the economy. “They are better students of Marx” because they have realized that money is the key to political power in democracies and autocracies alike. As a result, they are winning the struggle by enforcing so-called austerity around the world. That means increasing taxes on workers while reducing them for corporations, cutting back expenditures for social welfare, conducting trillion-dollar wars that cement ruling power while making the rest of the populace pay for them.

Even the sharp 2008 decline did not change matters. Those in finance – the banks – were generously bailed out while keeping their sky-high paychecks and bonuses. Home owners unable to pay their mortgages got no relief and many lost their homes. Another victory in the class war.

Cutting through his tortuous economics, Marx basically says you win the class struggle by bashing the other side. That our rulers have done. But what’s the matter with the vast population beneath? They’re still fighting the old war, writes Petras. They no longer confront a visible antagonist, a clear boss they can strike against. They face non-elected bureaucrats who have assumed great power without accountability.

The underclass must readjust, says Petras, and Marx is no longer a guide. For this 19th century prophet, economics is all. He notes in “The Communist Manifesto” that everything else is “philistine sentimentalism.” But there’s a world beyond economics, says Petras, consisting of traditions and social bonds, culture and community that must figure in any revolution from below. Let’s get on with it.

Petras, author of 62 books and over 600 articles, is an iconoclast. Obviously, the rulers and perhaps much of the 99 percent would not agree with him – to which he would reply that’s expected in the class struggle. Given his interests, he received a Distinguished Service Award from the Marxist Section of the American Sociological Association. But what would the master say about this upside-down Marxism?