A border is not just a border. It’s a place of interaction of two peoples, dissimilar, maybe hostile to one another. It involves a barrier of some kind, but also a degree of negotiation, diplomacy, conciliation. That’s what Supervisory Border Patrol Agent Ruben Padillo found when he was stationed at the El Paso-Juarez checkpoint separating the U.S. and Mexico. Unexpectedly, he became the first Border Patrol liaison with the city that was called the “murder capital of the world,” and his contact was a Mexican police commander with known ties to the infamous drug cartels. It was a challenge.

One that he had sought since he was a youngster. His father being Mexican, the family regularly crossed the border on the way back to home in Texas. Even so, his mother was always nervous, not quite trusting the Border Patrol at the checkpoint. As it turned out, the formidable agents made no trouble, and Ruben decided that’s for me. After a stint in the U.S. army and then as a fireman in Yuma, Arizona, he joined the Border Patrol in El Paso. 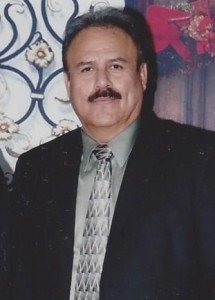 He presumed his job was to guard the border, and that he did until one night came the unexpected. A group of Mexican military got confused and unannounced crossed into the U.S. They were met by the Border Patrol, and a clash seemed imminent. Ruben was called to the scene, where he informed the rather nonchalant Mexicans they were on foreign soil and had to return home. After some quibbling they did so.

This incident convinced Ruben and his superiors that a more permanent connection was needed between Americans and Mexicans. So he was appointed chief liaison to Juarez with the goal of working out common policies with that city’s law enforcement. No easy task given the infiltration of the cartels throughout the local government.

His reception was surprisingly cordial. A police training commander was cooperative and in fact made use of Ruben. He sent him lists of potential police recruits to see if any had criminal ties. Ruben consulted U.S. records and was able to indicate those who should be rejected. Grateful, the commander continued to supply lists.

Ruben’s prime contact, Commander Roberto Corral, reflected the toughness of the cartels with which he was associated. “You’re a son-of-a-bitch,” he told Ruben in what was actually a compliment. He agreed to put more police on the border, as Rubin requested, and even invited him to dinner at his house. But there were limits. Ruben says he had to keep the relationship strictly professional, no socializing that could involve him in any local cartel activities. That made sense since Corral eventually got in a dispute with a rival gangster and wound up on the street with 60 bullets in his body.

Ruben is intensely proud of the seven years he spent working with Juarez and has similar regard for the other Border agents that serve the U.S., despite an occasional lapse such as the Arizona agent just convicted of stealing gun parts from the agency.  The job becomes more complex as all kinds of people seek entrance to the U.S. A Chinese man, for example, paid $25,000 to reach the border by going first to Cuba and from there to Panama and then to Mexico. In his career, however, Ruben has never encountered a terrorist. The cartels figure that would be bad for business.

Though retired from the Border Patrol as a Special Operations Supervisor, Reuben stays active. He has volunteered to provide security for people in danger amid the destruction in Puerto Rico. 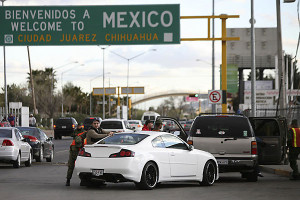 One thought on “Managing the Border”