Who’s the most quoted writer today? No, it’s not Shakespeare. He has been surpassed by a more recent Englishman, George Orwell, whose novel “1984” (written in 1949) depicts an all-knowing, all-commanding spy state that has reached fruition in, of all places, the United States of America. So the adjective “Orwellian” is commonly heard these days, a tribute to an author who uncannily foretold the future. His Big Brother is here and watching. 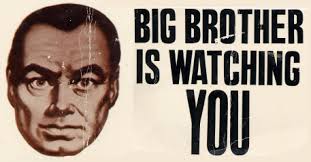 The 9/11 attack on the New York City trade towers triggered the boom in spying. Horrendous as it was, it could have been prevented by everyday police work such as checking the visas of suspicious people or inquiring why they wanted to learn to fly a plane but not to land it. Instead an uproar followed – some of it contrived – that led to the immense expansion of spy agencies and facilities. On top of the big three – FBI, CIA, NSA (National Security Agency) – others were augmented to the count of 16 or is it 17 or 18? One may be underway as this piece is being written.

Not to mention the mammoth facilities that are built to contain them such as NSA’s $286 million, 604,000 square foot listening post in Georgia with more than 4,000 eavesdroppers within. It would certainly be a major tourist attraction if it were not walled off from inquisitive viewers who are threatened if they get too close. The centerpiece of the spy state is a $2 billion, one million square foot complex in Utah that is storing, interpreting and employing the world’s communications, or as much of them as can be gathered. Former NSA Director Keith Alexander once expressed the goal, “Why can’t we collect all the signals all the time?” 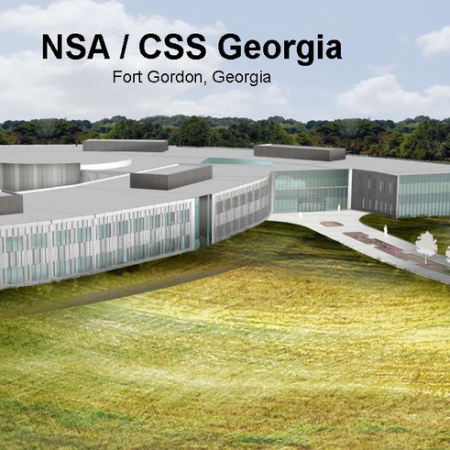 Altogether, the spy agencies may now employ a million people. We don’t really know because it’s classified; that is, beyond the reach of the American people who apparently can’t be trusted with the knowledge. Or are these unaccountable agencies perhaps engaged in activities they shouldn’t be? There’s increasing evidence of this. Without oversight we can’t be sure.

It’s now certain the agencies have more than terrorists in their sights. They’re also monitoring the activities of Americans even when they have no probable cause to do so. Phone calls, emails, texts of all Americans are collected and when necessary, put to use, sometimes for political purposes as we have learned from the phony, salacious dossier used as an excuse to spy on the Trump campaign. Some years back, a secret, so-called FISA court was set up to determine the validity of all deep state requests for investigation, but hearing only from the investigators, it has become an open door and rarely turns down a probe.

Journalists, in particular, are targeted, along with whistle blowers and anyone seriously critical of the spy state. A favorite device is the National Security Letter, which is sent to various people to gain information on a target. Under threat of imprisonment, they are not allowed to tell anyone about the letter. So the target goes blissfully about his business without any defense, while the feds close in. Hundreds of thousands of these letters have been distributed with, shall we say, intimidating effect. If only Stalin had this tool at his disposal, he could have eliminated his enemies much less crudely.

There are still other tactics of the spy state. CBS investigative reporter Sharyl Attkisson was delving into “Fast and Furious,” the Obama Administration’s forcing gun dealers to sell weapons to Mexican drug cartels. All of a sudden, strange things happened to her computer – eruptions in the night, data erased, classified info planted. On top of continuing screams of fury from the White House, CBS got the message and took Attkisson off investigations. Nobody has ever got to the bottom of Fast & Furious.

We may ask does all this spying catch the bad guys? The evidence is scanty. NSA Director Alexander said fifty some terrorist acts had been prevented. None turned out to be true. Recent non-terrorist mass shootings were not in any way deterred by the spy catchers. The trouble is by collecting mountains of irrelevant data, they fail to pinpoint the ones that matter. The needle is hopelessly lost in the haystack.

Given his own targeting, President Trump might seem to be inclined to reform. Not likely. “Security has to preside,” he declares, and he doesn’t mind the spy state picking up all his communications. The more the better. Let the world know along with his tweets.

This is the march to the “permanent destruction of the right to privacy,” concludes rather gloomily Andrew Napolitano, the major media’s most cogent civil libertarian. “This is the exaltation of safety over liberty, and it will lead to neither. This is the undoing of limited government, right before our eyes.”