The U.S. State Department has issued a travel warning to spring breakers and others going to Mexico. Because of the crime wave, there’s a risk in certain parts of Mexico, says the report, and that includes kidnapping. It may be the usual abduction for ransom or the victim may be forced to withdraw money from an ATM or he or she may be threatened over the phone until payment is made. 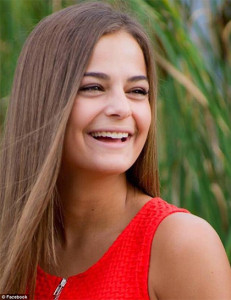 Unfortunately for Abbey Conner, 20, a vacationer from Milwaukee, kidnapping was not sufficient. She was found face down in a pool at the Iberostar Paraiso del Mar, one of many luxury hotels near Cancun at the tip of the Yucatan peninsula.  A strong swimmer, she and her brother Austin had been downing some shots of tequila by the pool when they suddenly blacked out. The next thing Austin knew he was waking up in an ambulance on the way to a hospital with a serious concussion from a blow on his forehead. It was too late for Abbey whose death was ruled an accidental drowning, though she had an unexplained broken collar bone.

Following up, Austin got nowhere with the hotel or the local police, and though the death occurred in January, the family is still unable to get any answers. Nor have others in similar instances of mysterious illnesses and injuries at Cancun resorts. Sometimes robbery was involved. Two teenage boys from Minnesota woke up covered in mud with missing clothes, wallets and cell phones. Sometimes it is sexual assault. A Wisconsin woman was attacked while she was unconscious and her husband awoke with a mysteriously broken hand. For a long list of such encounters see mexicovacationawareness.com.

There is obviously something amiss with the drinks that are served at these hotels. A report by Mexico’s Tax Administration Service notes that 43 percent of all the alcohol consumed in the nation is unregulated and potentially dangerous. So let the guests have it. They won’t know the difference until they wake up from a perilous sleep. Even then, they cannot count on medical treatment. The hotels tell them to take plenty of cash to the hospitals if they want suitable care. An ambulance is slow to arrive, and doctors seem indifferent.

Above it all, to be sure, hover the drug cartels who do not spare the resorts in their rampage. Earlier this year, they killed five people at a music festival near Cancun and even attacked a police station in the city, which has had an upsurge in murders this year. They have been just as busy at the resort area Cabo San Lucas at the tip of Baja California. Bodies have been piling up, some headless, with signs of torture. In case there’s any doubt about who is responsible, a local festival hired a band whose songs – narcocorridos – celebrate the drug czars and their proclivity to violence. Under protest the group was withdrawn.