How did a grizzled, carousing, hard drinking Arizonan with the look of a seedy prospector manage to paint such winsome, frolicking, cherubic little children who seem to delight in life and have certainly delighted those who view them? I’m not what I seem, he said, and those who knew him agreed he was a bundle of contradictions. But there was no denying he was an artist of immense popularity who courted it by painting as much as possible on as many things as possible – more than 20 thousand canvases along with walls, bowls, plates, dresses and once, when challenged, a tortilla. 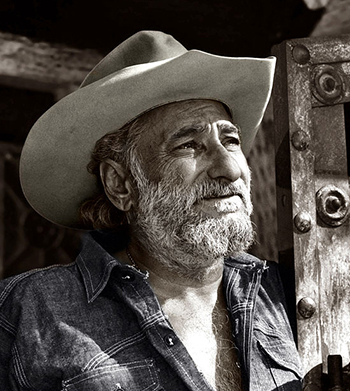 Kitsch, carped the critics, and even late in his career the Tucson Museum of Art wouldn’t exhibit his work because he wasn’t considered a genuine artist. Where was the lofty soul? Did he aim just to please? That suited him. Undeterred, he found fame and fortune going his own way.

He hardly seemed slated for the arts. He was born in Morenci, a dusty Arizona boom town of the early 1900s, where his father, an Italian immigrant, worked in a copper mine. Art was a way of escaping the dismal underground. In the open air, young Ted liked to mix with the assorted groups in town – Mexicans, Indians, Chinese, who later turned up in his paintings in one guise or another.

In a tough town he held his own, enjoying, as he said, “hard living, hard liquor,” and cockfights. These made a lasting impression since an epic painting of two combative roosters dominates his gallery home in Tucson, their bright feathers heroically flailing in the encounter.

There was also a religious element to his work. He published a book with illustrations of the Yaqui Easter, a forty-day ceremony blending Spanish Catholicism with Indian tradition. Write James Johnson and Marilyn Johnson in their biography “De Grazia:” “It speaks to the trust and admiration the Yaquis had for De Grazia that they allowed him to witness some of their most sacred rituals.” 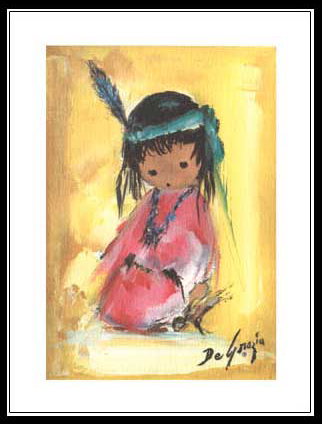 Art aside, life for De Grazia, who died in 1982, was rather somber. He was as hard on himself as he was on others. There were two troubled marriages followed by a smoother affair with a Cherokee woman. Desert was home, but he had mixed feelings about it.  “A deadly silence, loneliness, a vast emptiness,” he wrote in his journal. “But then suddenly, like magic, you are not alone. Around you is felt a stirring of life.”

And it stirs indeed in what he has left behind – a cheerful, loving look at the Southwest that will continue to captivate.