Let’s show a little respect for turtles that have lived for hundreds of millions of years … hundreds of times longer than we humans. That’s the advice of Carlo Rovelli, an acclaimed physicist whose book “Seven Brief Lessons on Physics” is addressed to readers who know little or nothing about physics but who have an advantage over turtles in that they are aware of their existence and can do something about it. 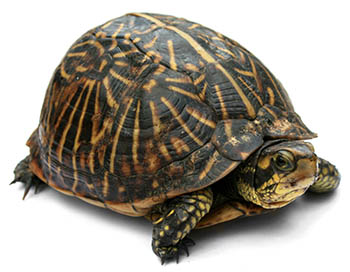 That said, he points the way. It’s not reassuring. Thanks to modern physics, we have gone from a universe that we thought we knew to one that is always in motion. The more we know the more that eludes us. As Rovelli’s editor told him: “What’s non-apparent is much vaster than what’s apparent.” Einstein and other scientists have given us a description of “a colorful and amazing world where universes explode, space collapses into bottomless holes, time sags and slows near a planet and the unbounded extensions of interstellar space ripple and sway like the surface of the sea.”

That’s looking out. We’re also looking in – the world of particles in the nucleus of atoms. A new one was recently discovered that has been called the particle at the end of the universe. Not that it is. There are more to come as quantum physics moves ahead disclosing “a continuous, restless swarming of things; continuous coming to light and disappearance of ephemeral entities. A world of happenings, not of things.”

These theories of in and out collide, writes Rovelli. “In the morning the world is curved space where everything is continuous; in the afternoon it is a flat place where quanta of energy leap.” But don’t despair, he cautions. Science has dealt with contradictions like this before. Inevitably, they lead to a new synthesis that advances our understanding of the world.

Then there’s us. “If the world is a great jigsaw puzzle of space and elementary particles, then what are we?” asks Rovelli. How, as individuals, do we exist?  Since we are part of nature, does that determine our existence? “We are made up of the same atoms and the same light signals as are exchanged between pine trees in the mountains and stars in the galaxies.” With a hundred million neurons in our brains, the ideas we have of ourselves are sketchy indeed. It’s an “inextricable complexity,” writes Rovelli.

But wait. Joseph Tainter’s book, “The Collapse of Complex Societies,” claims that too much complexity – knowledge beyond coping, responsibilities beyond resources – eventually dooms a society, even one as substantial as ancient Rome and maybe even ours. Welcome complexity, says the physicist. Beware complexity, warns the historian. No free lunch anywhere.

Physicist Rovelli concludes that humans do not have the stuff to last very long. “We belong to a short-lived genus of species.” Besides, we are hastening our demise with our mistreatment of the environment, and it could be added with that marvel of science, nuclear weapons. So in passing, let’s salute the humble turtles, masters of longevity, who will be here when we’re not.